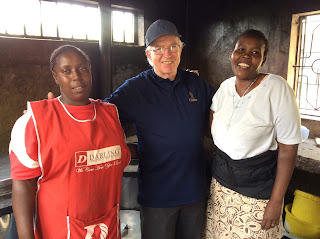 At about 7am in the morning on Thursday February 16th, 2017 in Ruai, Kenya, 280 plus students were on parade to pray, sing and give words of welcome to Fr. Duncan MacIsaac of Stella Maris Parish, Inverness, NS and St Margaret’s Parish, Broad Cove, NS, Canada. He was representing Inverness County Cares (ICC) in Cape Breton, Nova Scotia.  He came to St Charles Lwanga Secondary School because he cares and wanted to meet the students and staff at St Charles Lwanga School.  [Chalice, ICC and St Charles Lwanga school serve together.]

Shortly after arrival Fr. Duncan sat down with about 18 students from Form 4 (grade 12) and staff in their newly constructed Chapel. He listened to each student tell of their dreams for their future and how they will build up and enrich society. They spoke of what they learned at St Charles Lwanga Secondary School beyond the academics, of how they learned to share and look out for each other. They spoke of how they grew as persons by taking on leadership roles and carrying out their responsibilities in a faithful manner. It was encouraging and uplifting to hear these young men and women speaking from their heart and in such an eloquent way.

ICC was also represented by Betty Jane Cameron of Mabou and she and Fr. Duncan met with Br Kennedy and staff along with representatives of Chalice of Bedford, NS. The Chalice delegation included MaryAnne McKinnon, the International Director of Chalice whose ancestral roots are from Inverness County, along with Ann Josiah a Kenyan who is the Regional Director for Chalice in Kenya. A wide ranging discussion ensued that examined both challenges and opportunities of how St Charles Lwanga Secondary school can continue to move forward in the future in the best interests of the students and their education. The obvious improvements in classes, structures, formation, and financial accountability were noted and affirmed.

St Charles Lwanga School’s vision is clearly stated for all to see upon entering the school grounds. It reads: "A society in which children irrespective of their background are equipped with knowledge and skills to play their role in life as citizens of the world." These values are reinforced on a daily basis in the hearts and minds of the children.

The students themselves are engaging and fiercely determined to do their best in this school setting, despite its limitations of space and available material resources. Those who succeed will be exemplary citizens and leaders in their communities, in their country and in the world as a whole.

ICC and Chalice through shared funding of $60,000 each, over a 3 year period have enhanced and made real the possibility of the dreams and their fulfillment for these children. It is no small achievement. 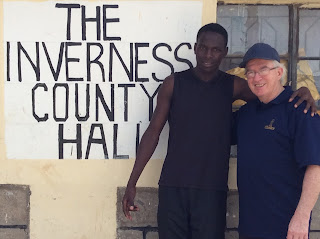