There is a distinction between ‘pain’ and ‘suffering.’ Put very simply, pain is what we experience during times of physical or emotional trials – suffering is the same, but without hope. As part of this Mission, we have been seeking to be a relief to both pain – as in the case of young Frankel – and to shine a light of hope that alleviates the despair of those who are in a state of suffering.

It’s not for us to say whether any person is suffering or “just” enduring a very challenging set of circumstances, but each person we have met have made sacrifices and faced emptyhandedness that most Canadians could not begin to understand.

In our time here we have had the opportunity to learn more about their hardships by taking baby-steps towards it ourselves. We ourselves have encountered challenges that are so completely foreign to our own daily lives that often all we can do is just laugh. And it is in these encounters that we have a choice to make: we could take the default path of feeling sorry for ourselves for having to bear this assault to our sensibilities, or, we could embrace the inconvenience as an act of solidarity with our Haitian friends and as a way to increase our own understanding of their far more severe daily hardships. 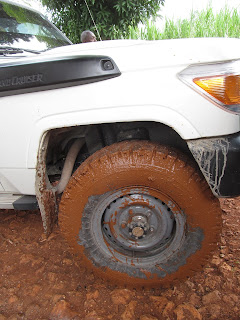 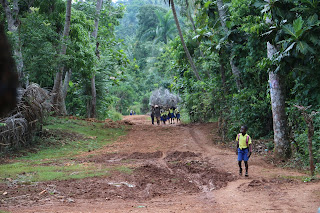 Every difficulty we have encountered is no more than the tip of an iceberg that the Haitian people carry with them every day. We embark every day on one or two hours of rides up (and down!) horribly rutted forest roads in hard-sprung, ill-padded Land Cruiser trucks. These rides can be punishing to the body. But as we go, we pass by people who will spend four hours or more walking barefoot up and down these steep cliff-side roads with enormous loads in their hands and balanced on their heads. 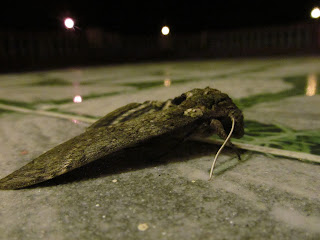 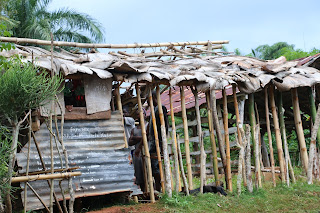 Our hotel beds are a far cry from what you would find in the Four Seasons – just ask Josh about how he awoke one night with a crash. But several of the visits we made to the homes of sponsored children showed us that many locals have nothing that we would even recognize as a bed. We have dealt with a few six-legged, eight-legged, and indeterminate-number-legged critters, but we have to recognize that scorpions and cockroaches are an inescapable part of daily life for those around us. We had to use kerosene as paint thinner and dig using shovels that are falling to pieces, but many of the structures we see every day were made with no tools other than a machete and two weary hands. None of us has ever had to make the distinction between a “rainy house” and a “sunny house” – a Haitian Creole saying distinguishing houses that are safe from flooding from those that are not. 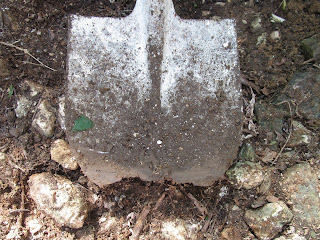 The centerpiece of today’s work was a chance for us to get a bit farther than the tip of the iceberg. There is a community near Jeremie called Plingue, which is atop a mountain where there is no water source anymore. Any water the community needs to drink or wash needs to be carried up, by human or donkey.  We went on a “water solidarity walk”, in which we joined the local population in carrying water from their closest source for the one-hour hike up a mountain to where they live. 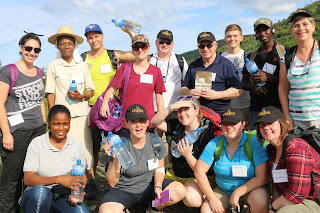 Along the way, we stopped to pray the Stations of the Cross – le Chemin de la Croix (also, often, to breathe). Talk about a powerful way to put what you’d call “problems” into perspective. Yes, we were hot, thirsty, tired and had our pants sticking to us in awkward places. But we were carting water into a literally dry community, reflecting on the Passion of Christ. Our worries about our pants and our complaints about the pizza crust at lunch felt pretty silly. 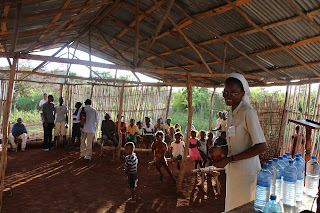 On the top, we met in their chapel, where a group of adults were meeting for a literacy class. They sang a greeting and they prayed the eighth station with us. Then Randy made a long-awaited announcement: after a year and a half of Plingue being told that we couldn’t build houses there due to the lack of water, the Chalice housing project will begin. The water issue will be sorted out, somehow. The much-needed homes will be built. We hope the announcement turned suffering into a pain that can be endured for just a little longer.

All in all, our definitions of “hardship” are going to be unique to ourselves, but the more we can understand the hardships inherent to the Haitian life, the more equipped we are to help. While our own challenges during travel still pale in comparison to daily Haitian reality, we have the opportunity and duty to use our own experience as a lens to better see the suffering we aim to ease.