Cuzco - the capital city of the Quechua (Incas) 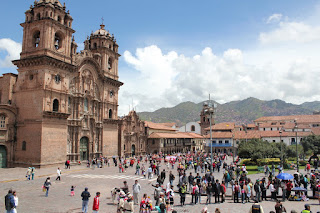 We have arrived in Cuzco - the capital city of the Incas - who we learned are more properly called the Quechua. This is the Cathedral of Cuzco - we had a tour of it later, but first went to Mass at the Jesuit Church of the Compania de Jesus.

Sundays in Cuzco, our tour guide Denis told us, are a family day. There are parades, lots of visiting, and the shops are closed (!). There are, however, lots of vendors about. They introduce themselves to you and if you say, "no, gracias" they ask you, "maybe later? My name is Kevin, find me later." 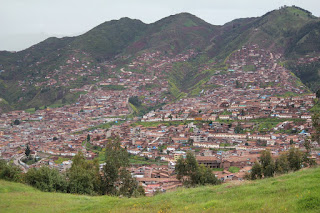 Here's Cuzco from the top view - taken on our tour of Sacsayhuaman, which means "speckled falcon" (according to Sehne's tourist book), but our tour guide let us in on the joke calling it "sexy woman" (which I later saw on t-shirts). 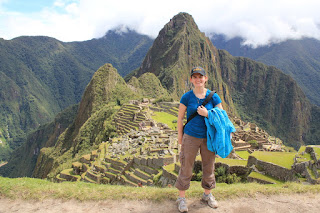 Machu Picchu, from the top. "Old Mountain". Stunning! Next to Cuzco, the most important place for the Quechua - paths from here lead to the Amazon, Cuzco and the Sacred Valley. 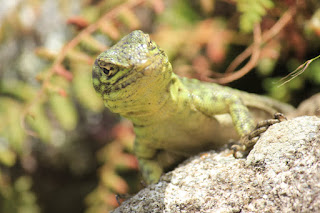 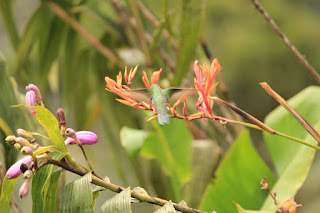 Thanks for the super duper zoom lens Dad! 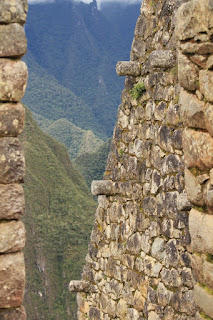 Looking between the buildings of the Quechua - note the round knobs, used to tie down the roofs. 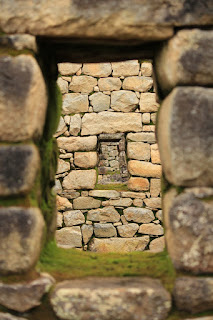 Looking through the windows - note the trapezoidal shape. This shape is used whenever possible, as it is stronger to withstand the earthquakes. Also, the foundation is first small, round stones, so that they will `move` with the ground as it shakes.